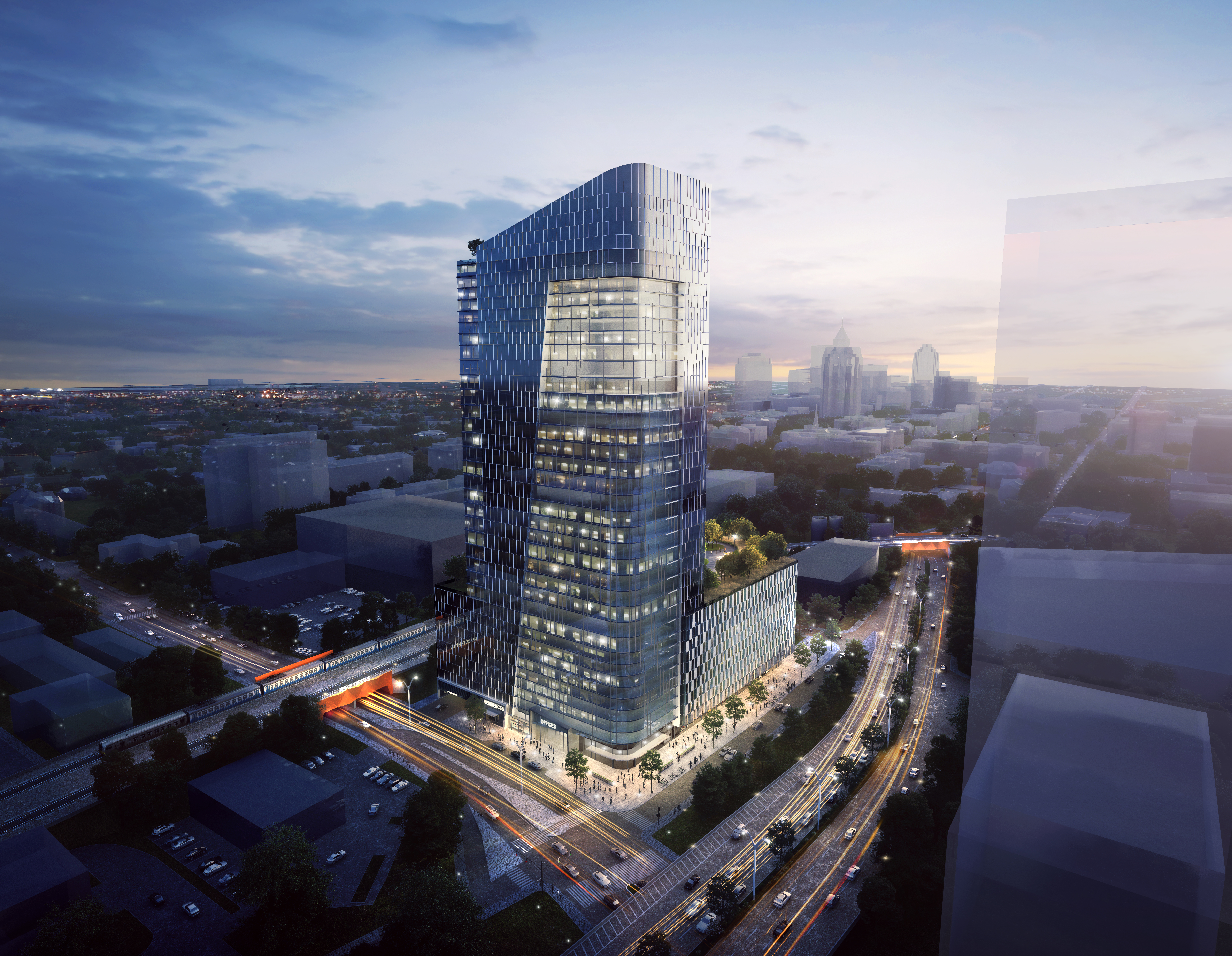 Developers hope a planned 40-story tower will become a significant project that expands the northern edge of downtown Raleigh.

The Raleigh City Council unanimously approved the rezoning request for the 1.5-acre parcel Tuesday. The building can now have 40 stories instead of 12, and up to 1,466 residential units and 1.7 million square feet of building space.

Located at 506 Capital Blvd. near the intersection of Peace Street and Capital, it sits directly across from the planned third stage of Kane Realty’s Smoky Hollow development. The first phase of Smoky Hollow includes the recently opened Publix

“Our family has been in North Carolina for 75 years and we’ve been developing in the past 30 years, and we have always wanted to do a development in downtown Raleigh and this opportunity came up,” said Landon Zimmer, of Zimmer Development Corp. “We are extremely excited about it at the existing 12 stories, but to see everything going on around it we were even more excited to rezone at 40 stories.”

The first floor will be retail but the specifics of the rest of the building will depend on the tenants, he said The hope is for a large corporate tenant that could fill the rest of the tower, he said.

“It’s a chicken and egg (situation),” Zimmer said. “You can’t bring a big, office tenant unless you have the 40-story rezoning. … Now that we have the rezoning we are challenging them to go and bring us a whale and hopefully land it. If not, we will reconsider what other options we have.”

If they can’t snag a large corporate tenant, the tower could be a combination of multifamily units, office space or a hotel, Zimmer said.

The developers agreed to allow a city bike-share station on the property, and Zimmer said they would also be in favor of a bus-rapid transit stop. They’ve also already received CSX’s blessing for a pedestrian crossing at the railroad tracks though the location hasn’t been determined.

“This area of downtown — with the Smoky Hollow redevelopment, the new Peace Street bridge and major road improvements — is keenly positions for redevelopment,” Mayor Mary-Ann Baldwin said. “Transit, bike and pedestrian improvements, along with. a planned park across the street, will improve aesthetics and help create a more walkable community. All this could make it attractive for a corporate relation, especially on one of the city’s most traveled greenways.”

Baldwin was originally concerned with access and traffic flow, but her concerns were addressed by city staff.No one other than representatives for the developers spoke during the public hearing Tuesday night. The current land is vacant after the previous buildings were demolished for construction on Capital Boulevard, The News & Observer reported.