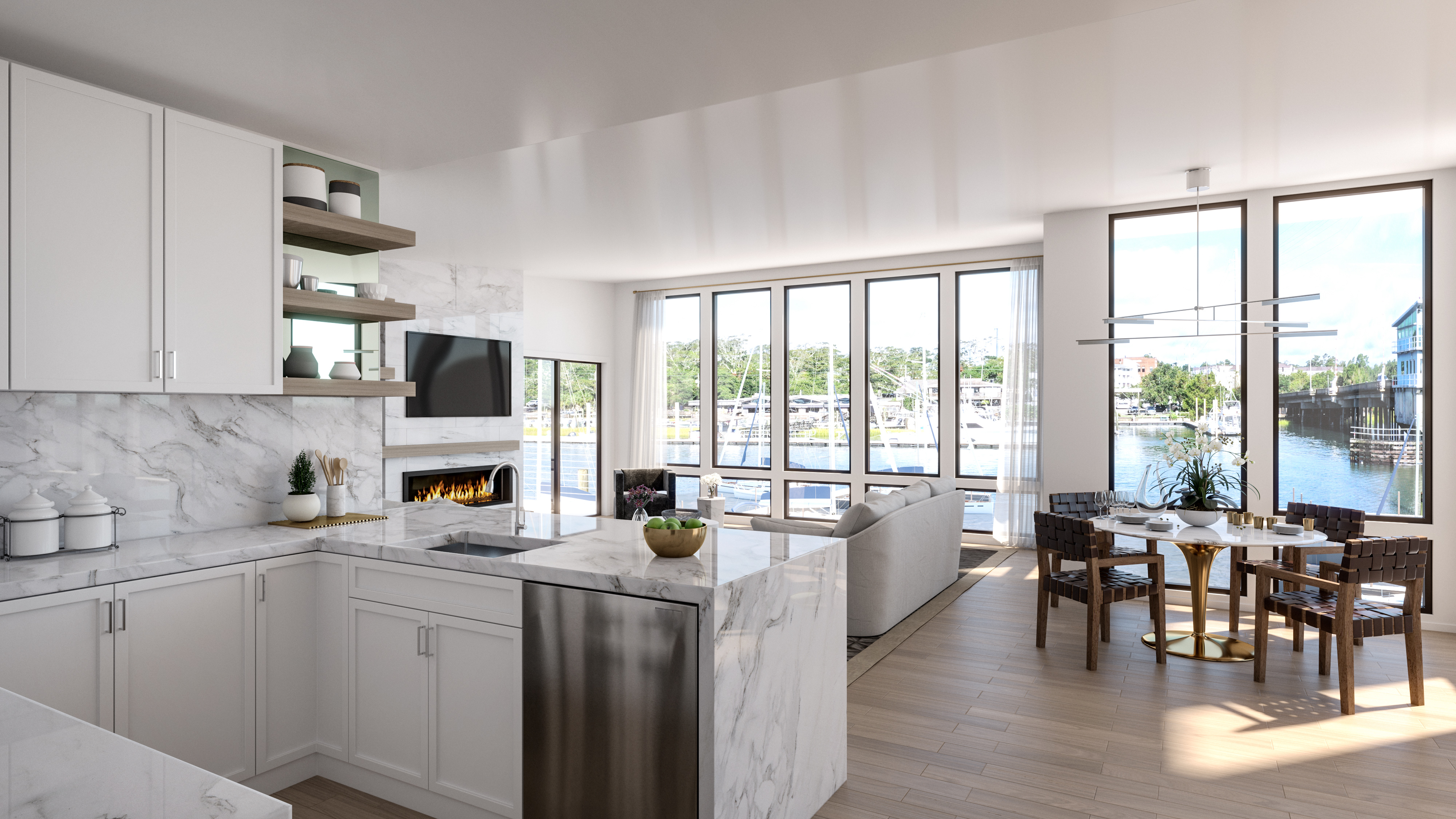 WRIGHTSVILLE BEACH — A partnership between developers and the Wrightsville Beach Marina will add 16 boat slips to the marina’s fleet. Affiliates of Zimmer Development Company purchased the property adjacent to the draw bridge on Marina Street for $4.3 million last July, and construction of four condos on the site is underway.

“It’s going to be a class-A project, very high-end condos,” Lowell Zimmer said.  “These are not just spec condos.”

The new condos will be tucked into the beach’s marina district next to Causeway Park and near Bluewater Grill.

Last year, while the property was still under its previous ownership, the Zimmers campaigned through the beach town’s government channels to secure the right to build a structure that could operate both as a residence and a marina. There was no opposition.

“We’ve hired a team of consultants to make sure we meet the wants and needs of the Town and residents,” Zimmer said at a January 2020 board of alderman meeting, according to the minutes.

Sam Clary, the dock master of Wrightsville Beach Marina, is a longtime friend of Zimmer. They have both supported each other’s project applications during public hearings.

“We’re kind of doing a merger of the property,” Clary said.

The existing property at 2 Marina Street included a slew of boat slips, remnants of the marina built by a previous owner. Zimmer said his company is paying for improvements to the slips and the bulkheads. While Zimmer’s team will profit from leasing the slips, all 16 of them will be annexed into Wrightsville Beach Marina, expanding it sreach across the entire district.

“They get 16 more members who are paying annual dues,” Zimmer said.

Clary said Zimmer has been a longtime member of the club, and the two are excited to blend the waterway-facing properties.

“It’s been a very natural progression for the marina to become part of our club again,” he said.

Prior to the 1980s, the marina property extended for a fifth of a mile, encompassing most of the beach-side land south of the draw bridge, according to Charles Overbeck, the son of the original owner.

Overbeck’s father purchased most of the street in the 1960s, he said. In the mid-1980s, all the Overbeck land — except for the 2 Marina Street property — was sold.

“It was a good lick for him for retirement,” Overbeck said. “He probably bought it for what I paid for my 2014 Tundra sitting out here, the entire lot.”

The younger Overbeck was given ownership of 2 Marina Street. A home was built on the property in the 1980s. He calls the property the “pushed-to-the-side area” of what was the original marina. He said noise from the drawbridge is constant. Before the current development project began, the property had devolved into a “boat-a-minium,” he said: “No ownership, just everybody owns it.”

Overbeck’s ex-wife obtained the property after their divorce. She sold it to a limited liability corporation in 2018 for $3.75 million. Overbeck’s father paid $50,000 for the land in 1965.

“I was ready to move on anyway, personally, and I hate to say that because I loved it so much — the whole place,” Overbeck said.

The LLC that purchased the land in 2018 made more than half a million dollars in profit after selling to the Zimmers, after the town greenlit the condo construction project. Zimmer said the property’s value was contingent on the town’s go-ahead. He added the four units will be around 1,700 square feet each, and that all 16 boat slips are under contract already.