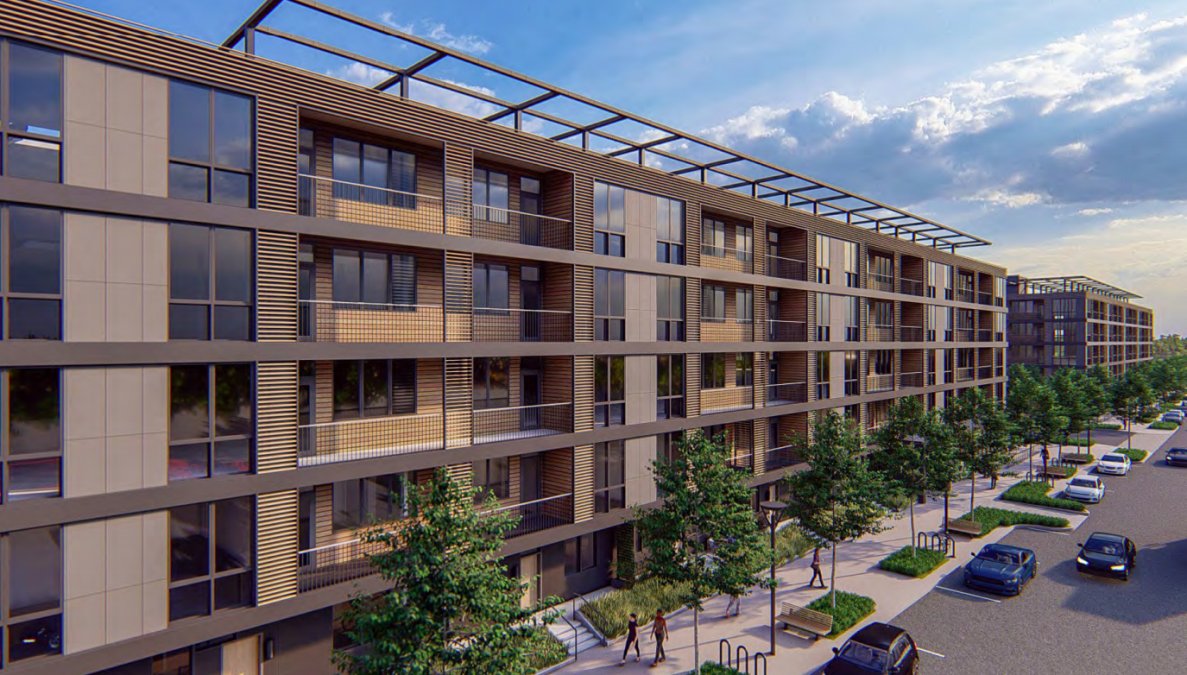 The company is seeking approval from Richmond City Council and the Henrico County Board of Supervisors to rezone the parcels from industrial to mixed-use for commercial and residential spaces. The area was once a thriving African American community but was rezoned to industrial following the demolition of the neighborhoods Fulton and Rocketts in the 1970s.

The “Fulton Yards” project includes a narrow strip of about 1.4 acres in Richmond off Nicholson Street that would include a new five storey building with about 20,000 square feet of commercial and retail space, as well as parking and bicycle amenities for people using the Capital Trail.

The second site straddles both Richmond and Henrico, off Orleans Street, and would include two five storey buildings with about 275 residential units, a pool, clubhouse, rooftop deck and some commercial space. If the first two sites are successful, the developer has plans for a third site, off Route 5, that includes plans for up to 323 units and more retail space.

At a community meeting this summer, the developers said the rental units would be priced similarly to nearby Rocketts Landing, where a 600 square foot one bedroom apartment currently costs between $1100-$1500. Zimmer Development Company said they are voluntarily reserving 10% of their rental units for people making 80% of Area Median Income, about $48,000 a year for an individual.

“This never expires,” said Ann Neil Cosby, a lawyer with McGuireWoods representing the developer. “I know everybody wants more affordable housing, of course we do. I’ve heard that from every single group that we’ve talked to, the mayor and everybody. But you know, apples to apples, we think that this is just a good commitment to the neighborhood and it just comes from a place of, you know, we’re not getting anything for this.”

In house counsel for Zimmer Development Company Landon Zimmer said they’re not receiving any tax incentives from the City of Richmond for the income-restricted units.

“Originally we had 0% [income based units] and after meeting with the neighbors we’ve saw it was a concern and that’s why we’ve offered the 10%,” said Zimmer. “It’s unprecedented for any developer in the area without receiving any [public] benefit.”

At the meeting, one resident raised concerns about who could afford these rentals.

The developers said 80% of the units are one bedroom, 20% are two bedrooms with no current plans for three bedrooms. The income based restrictions would apply to about 27 units.

Representatives with the Greater Fulton Civic Association, which sent a letter to Richmond City Councilsupporting the project, originally tried to negotiate 20% income restricted housing to address gentrification in the neighborhood. They also drew up a “Good Neighbor Agreement” asking the developer to hire neighborhood residents during pre- and post-construction phases, ensure any retail space “aligns with community needs,” support public transit beyond the Pulse, and honor the history of Fulton and Rocketts, where thousands of people were displaced and some 800 homes, churches and businesses destroyed after the City received tens of millions in HUD funding in the 1970s.

Nearly 50 years later, some of those residents continue to push for recognition and some of the broken promises. Larcenia Johnson, who grew up in Fulton and moved back in the 90s, asked the developers if they’d consider a grocery store in any of the retail spaces.

“All these trees and apartments and parking spaces and everything: we still need that grocery store down there. We still need that. I’m not going to let that go,” said Johnson.

But the developers said their plan won’t accombodate a full service grocery store.

Other Historic Fulton and Rocketts residents want to finally see the neighborhoods publicly recognized, through murals, signage and other historical markers.

“This is another golden opportunity… to get the murals of Samuel L. Gravely and the United States Colored Troops on the railroad trestle and other buildings” said James Chambliss. “This is the time to do it, if they’re serious about their commitment.”

Other residents expressed concerns about the lack of parking for anticipated tenants, existing congestion at Rocketts Landing and on Dock Street, and drivers who already exceed the speed limit on Williamsburg Avenue. The developers said the City of Richmond did not require a full traffic impact analysis, instead limiting it to a few key places in the immediate vicinity of the development.

Richmond City Council is set to vote on rezoning for the Fulton Yards development on Monday September 9th and Henrico County Board of Supervisors on Tuesday September 10th.