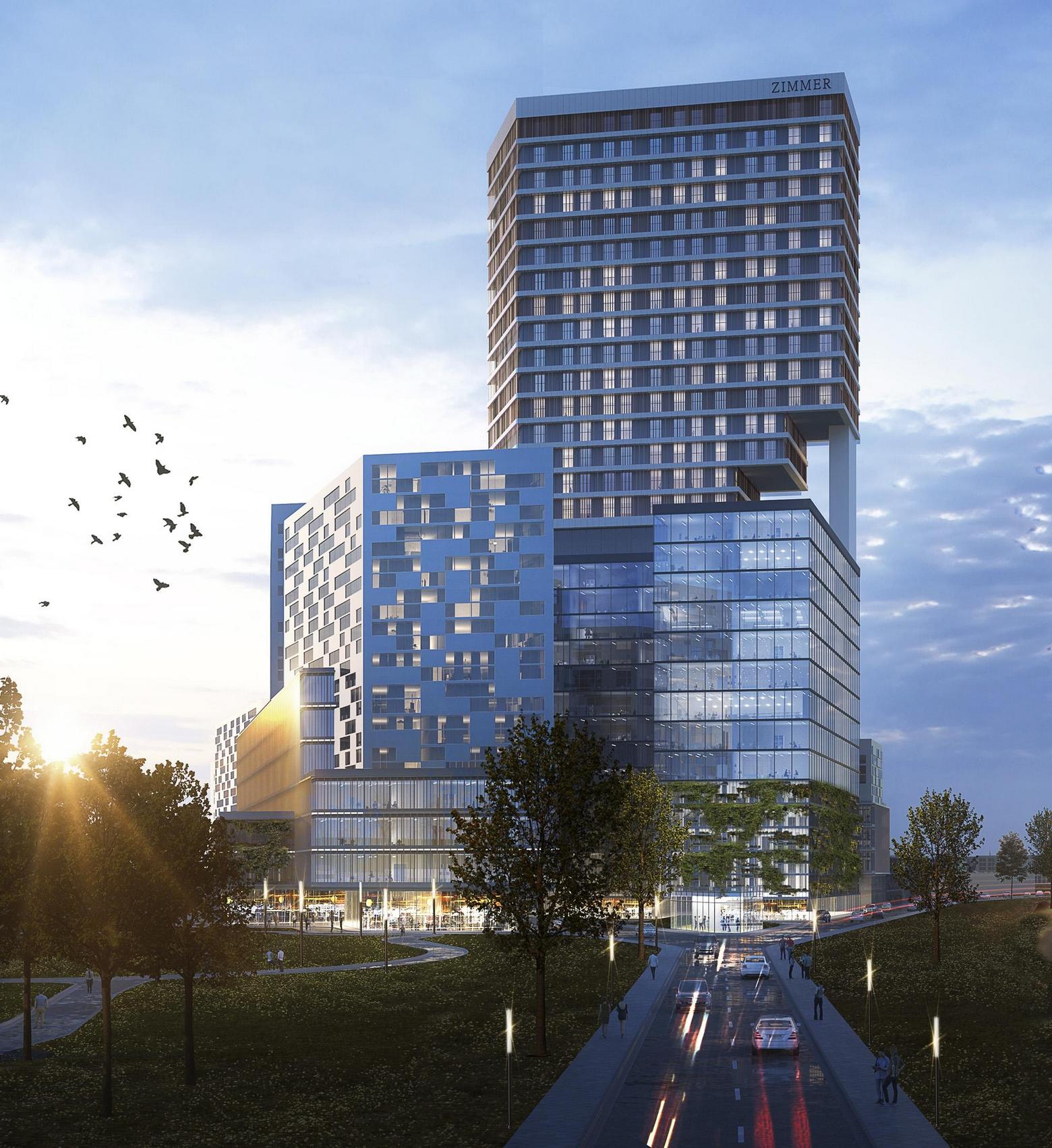 In its three decades in operation, Zimmer Development Co. of Wilmington, North Carolina, has tackled more than 250 projects in 140 cities.

But it’s never done a project quite like the one it will present to the Brewery District Commission on Thursday.

Zimmer is proposing up to 10 buildings, including a high-rise, on 17 acres sandwiched between railroad tracks and the Scioto Audubon Metro Park on the Whittier Peninsula.

“This is such a unique location and site,” said Adam Tucker, Zimmer’s director of development. “We’ve never had the opportunity to do something like this.”

Tucker and Landon Zimmer, the company’s in-house counsel, looked elsewhere in Columbus — including in the Arena District — for Zimmer’s first Ohio development, but fell in love with the Whittier site.

“Having a park on one side, that’s one of the main attractions to us, along with fantastic city views, and the riverfront. It’s such a unique property,” Tucker said.

Zimmer is proposing to develop the property in three phases. All would include a mix of retail, residences and offices. The first phase would include 373 apartments, 79,000 square feet of office space, some retail space and a parking garage.

Phase two or three also could include a hotel, possibly combined with apartments in a tower, and a few small standalone restaurant buildings.

The land is owned by rail company CSX Transportation, which has been trying to sell it.

But despite its attractions — proximity to Downtown, adjacency to a park, river frontage — the site has challenges that have kept developers away.

Because it has served as a train-switching station, the site is contaminated and must be cleaned. Zimmer and Tucker said it will be brought to the highest standard for residential use.

In addition, the site can be accessed by car only via Whittier Street.

To help, the company plans to build a bike and pedestrian path along the west side of the railroad tracks connecting the site to the Scioto Trail path north of Interstates 70/71.

Finally, the project might be ambitious for a peninsula largely devoted to nature.

“It is a very large project, which is out of scale of the park that’s there today,” said Tim Moloney, Metro Parks’ executive director. “By out of scale, I mean infrastructure, parking, traffic. That park gets 750,000 to 800,000 visitors a year, and there’s only one way into it.”

Moloney said he has has met with Zimmer officials and is waiting for more details. He said he doesn’t oppose development on the site, which currently includes a warehouse.

“I think the site is a great site for development,” Moloney said. “We do not stand in the way of development by any means. … We’re hoping this development is complementary to the park.”

Zimmer and Tucker estimate that it could take 12 to 18 months to get regulatory approval for the project, and then another 18 to 24 months for the first buildings to be completed.

In addition to environmental studies, the company has launched a traffic study for the site, per the city’s request.

“We love the Columbus market,” Landon Zimmer said. “There’s high demand and lower supply right now. This property piqued our interest, and we think it will be successful for the mixed use we’re proposing.”